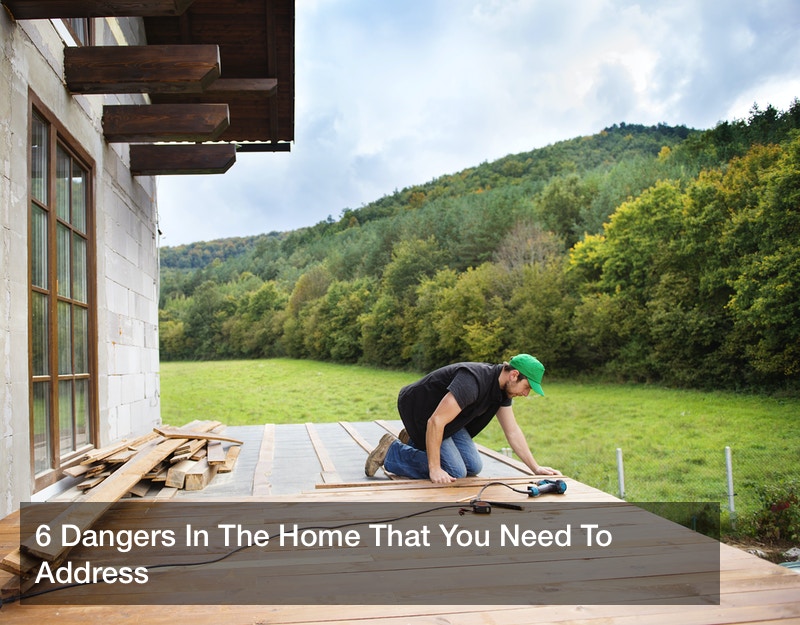 We all want our houses to be as safe as possible. But this is sometimes easier said than done, especially if you’re moving into a home that isn’t brand new, as many of us do. New houses come with their own risks, but they might not suffer from the same level of wear and tear as an older home would. When you first move into your home, you’ll likely be starry-eyed and excited about the house that you want. This may keep you from really taking it in and noticing what you may need to improve over time. But no house is perfect, and while some improvements can be permanently remedied, others may simply need to be tended to over time. You may have to keep up with certain issues over time. This doesn’t mean that your house can’t be enjoyable and comfortable to live within. You just need to make sure that it is as safe as possible.

Keep in mind that tending to the various natural dangers in your home is about more than just making sure that everyone is as safe as possible. It’s also about ensuring that your home’s quality is upheld. When you buy a house, you’re essentially investing in a piece of property. Though some stay in the same house for the rest of their lives when they buy new homes, it’s more likely that you will sell your house eventually. You want your home to be worth its full value, or ideally more than what you initially paid for it. If you don’t take care of your home and make it as safe as possible, you will be missing out. Therefore, we’re looking into some of the more common issues that can arise within a home, what their risks really are, and what you can to combat them. 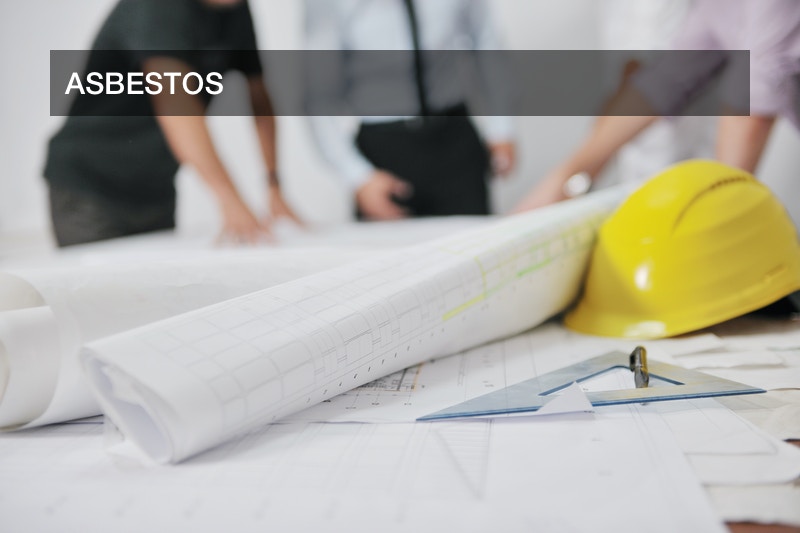 You may or may not already know about asbestos. Most likely, if you’ve heard about it before, it’s due to a commercial advertising the services of personal injury attorneys; which is definitely indicative of the problems associated with asbestos. The reality is that about 90,000 people die from asbestos-related diseases each year on a global scale. While not everyone has to worry about asbestos in the home, those who live in houses built before the 1980s do need to think about it. It’s technically a natural mineral and is made up of many thin fibers. Before the 1980s, there was less awareness surrounding its poisonous nature, and therefore a number of residential products were made with asbestos. Therefore, some older homes has asbestos, particularly within the walls. This means that as you’re renovating your older home, you could easily be exposed to asbestos; and in fact, you could very well be exposed to it otherwise as well. When people are exposed to asbestos for years, they can develop mesothelioma, a cancer that produces tumors in the abdomen, lungs, or heart. This makes asbestos one of the most serious potential dangers in your home, and if you have an older home that has never undergone an asbestos inspection, you should have that done before you begin any renovations. Asbestos can be removed by professionals, which will ultimately make your home safer. 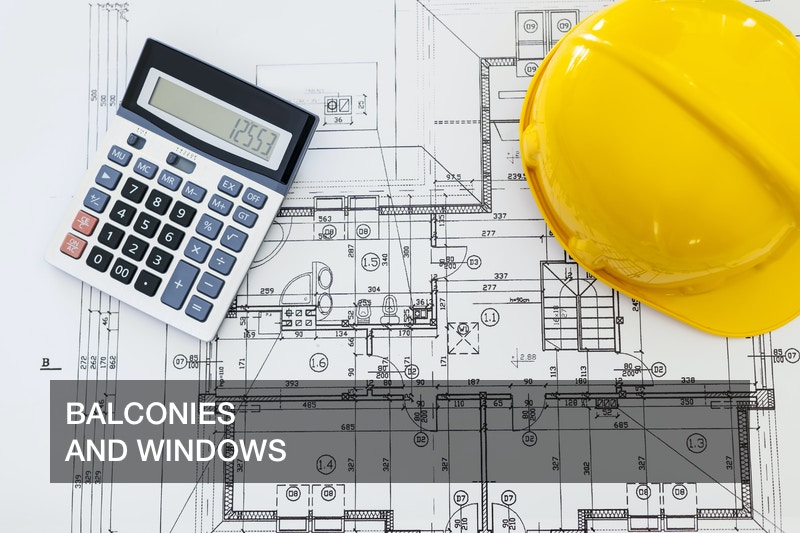 You may not think about your windows being among the dangers in your home, but it likely isn’t difficult for you to realize that there is a risk associated with balconies. And quite often, those same risks can occur with regard to windows. The fact is that both balconies and windows can be the one thing that keeps you from falling from a second or third floor and hurting yourself. Therefore, if they aren’t properly secured, it can be easy for children, but potentially anyone, to hurt themselves. However, children in particular are the concern. It’s so easy for small children to bang their hands against windowpanes; and if those windows are not steady, the children in question could easily fall through and be seriously injured or even killed. This could also occur if someone goes out on a balcony and leans against an unsteady balcony railing. The railing would give way theoretically, and ultimately result in a bad fall. Windows should be inspected and replaced on a regular basis; don’t assume that because windows were steady when you moved in, that they’ll stay steady. The same can be said of balcony railings. Though these issues would ideally have been inspected before you initially moved in, this is not always the case, and you need to take responsibility for your home and ensure that these potentially precarious areas are as secure as possible. 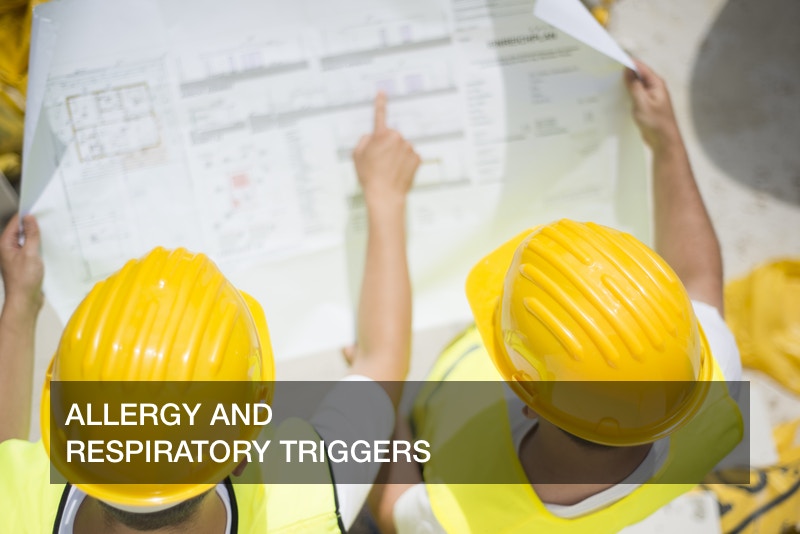 A lot of people have allergies, and you may not think of allergy triggers when you imagine dangers in your home. Yet there are a lot of reasons why you should be worried about allergy triggers. For one thing, allergies are really annoying, and when they’re triggered by dust or pet dander in particular they can leave you coughing and sneezing, with a stuffy nose, runny eyes, and even a headache. The last thing you want is to feel constantly sick within your own home. However, if your allergies are more severe or if you have respiratory issues like asthma, you may struggle with more severe health issues due to allergens hanging around your house. The reason why those allergens would stay in your house, no matter how much you clean or avoid pet dander, would likely have to do with poor air circulation. This is likely because of some kind of issue with your air conditioning system. If your air conditioning system is not working as it should be, you need to have an inspection done as quickly as possible. Depending on the issue with it, you’ll probably be left with a couple of different decisions to make. Now, you could look into AC repair, which could be a great option if your system is fixable and for that matter worth fixing. Some systems are so old that it’s best to look into a replacement altogether, in terms of overall value. It may be better for you financially to invest in a new HVAC system rather than repairing the same one over and over. You could consider a ductless air conditioner, which is often more efficient than other air conditioners, and therefore will not only aid in easing your allergy issues but also help you save money over time.

Mold goes hand in hand with the allergy issues mentioned above but can come with much more serious results. In a lot of ways, it can be one of the more serious dangers in your home, despite a lot of people failing to realize that it’s even present within their homes. Now, your reaction to mold will inevitably be more severe if you have allergies to toxic mold; but it will affect anyone, especially those with asthma. Different types of mold obviously affect people in different ways. Mold often triggers an allergic reaction similar to the allergic reactions mentioned above. But it could also cause coughing fits, which in people with respiratory problems could be seriously problematic to their health. What causes mold? Usually, it’s triggered by moisture lingering in the home. And moisture in the home could come from a variety of different sources, like leaks and faulty appliances. If you do have mold in the home, you need to remove it as quickly as possible. Otherwise, you may want to consider seeing if there are any leak repairs needed, or if you need to replace or update any faucets or toilets that could be causing those leaks. Your piping could also be the issue, especially if your home has any unfinished areas with exposed piping. A whole house copper re-piping can be expensive; but if your house is suffering from moisture issues and water damage, ultimately leading to mold, you’ll be much more upset and end up paying for more in the long term. 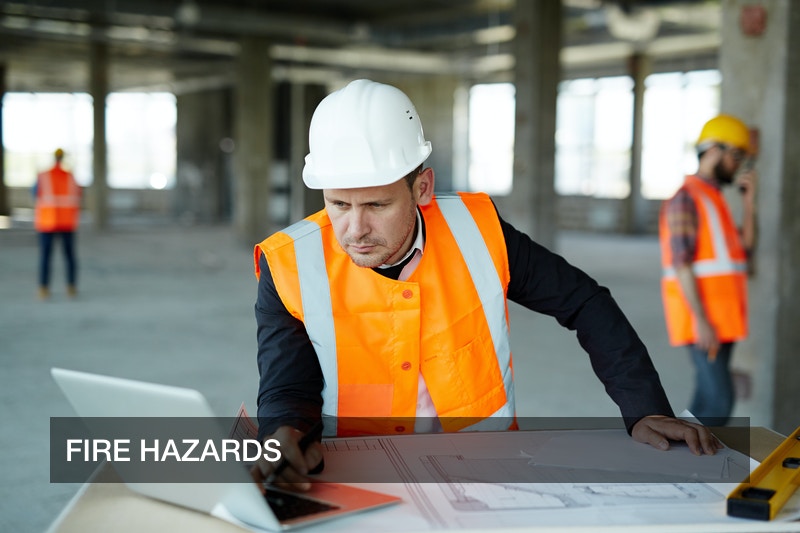 There are a lot of potential fire hazards that represent dangers in your home. The most obvious would be any kind of unsecured electrical wiring. This could easily spark and catch fire, with some of the more serious hazards being wiring near curtains or carpeting. As with many dangers in your home, these should be caught in a pre-sale inspection. But there is no guarantee, as ever, that this will occur. Many of your appliances could potentially catch fire, like your oven or stove. And furthermore, we all bring more fire hazards into your homes, like our laptops, phones, and hair curlers and straighteners. We live with fire hazards, and we need to be responsible about them. One of the ways that you can be responsible is by making sure that you have the right fire detection system in place. This would include having smoke detection alarms in every room. But these alarms also need to be regularly inspected, to ensure that they’re as sensitive as possible. It’s better to have an alarm set off prematurely than to have an alarm that doesn’t go off when it should. Some homeowners like to move one step further and have smoke alarm systems that also suppress fires. These types of systems would essentially let sprinkler systems loose after they detect smoke. The water releases upon that detection and suppresses the fire. What a lot of people find themselves struggling with when deciding to address fire hazards in the home is whether or not to take this step, as it could cause water damage. But again, that water damage is much easier to deal with than the potential injury and loss of life caused by a house fire.

One of the most frightening potential dangers in your home, of course, is carbon monoxide poisoning. Carbon monoxide is sometimes referred to as a silent killer, and even low exposure to this poison can cause serious, long-term damage. The lowest exposure would begin with causing headaches and dizziness, and the higher the exposure the more serious the symptoms. As the exposure to carbon monoxide heightens, you may find yourself experiencing nausea, as well as impaired vision and even death. There are horror stories that end up in the news about entire families falling prey to carbon monoxide poisoning overnight, and dying in their sleep. Furthermore, carbon monoxide is virtually impossible to detect, having no taste, smell, or sound. Detection is difficult, though if you experience those early symptoms and are suspicious you should look into it. But if you’re at all worried about it, you need to be aggressive and ensure that it’s as easy as possible for you to detect it. These dangers in your home must be taken seriously. Install a carbon monoxide detector if possible, which will detect even low levels of carbon monoxide. If you’re not sure about how to get one for your house, get in touch with the previous owners or builders of your home, or your real estate agent. You can also get plug in detectors, which wouldn’t run out of batteries like other detectors. You also should have a professional service your home’s various systems, like your HVAC system, every year. They should notice any irregularities, and if you’re dealing with an older home, in particular, will be useful in general.

There are a lot of reasons why you may be concerned about dangers in your home; maybe you’ve seen something that would indicate that you have something to be worried about. Maybe you’re simply trying to be a proactive homeowner. But remember that while some of these dangers simply make your home less comfortable, others can jeopardize your long term health or even your life. If you have a family living with you, as many do, you need to be especially careful. You have others who depend on you. Don’t let them down by being careless about your home’s safety. 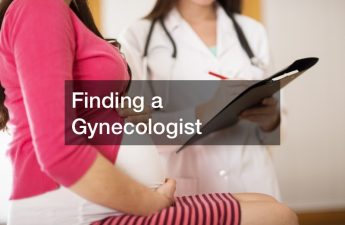 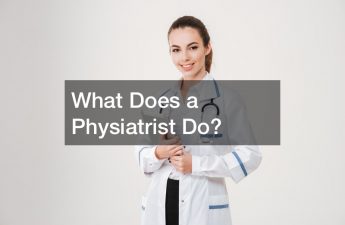 What Does a Physiatrist Do? 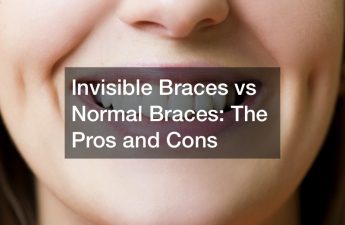 Invisible Braces vs Normal Braces The Pros and Cons